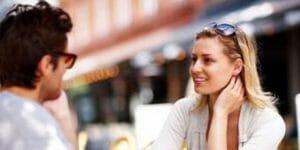 There’s absolutely nothing wrong with hoping to meet attractive Christian singles. But I guess what bothers me is it seems Christians have accepted the world’s definition of what it means to be “attractive”. Nine out of ten times attractive by this standard entails putting much more emphasis on outward appearance, rather than on what’s inside of a person. Of course, God’s advice to those seeking to meet an attractive Christian single would be the exact opposite.

The story in 1 Samuel is that Samuel the prophet was looking to annoint a new king for Israel, and thought God’s choice for His people should be the most handsome and powerful looking dude out there. Of course, the Lord had other plans when he chose David.

Hey, ya know what? I’m just as clueless as Samuel was, because I still struggle with judging people by their outward appearance. So how about you? In your quest toward meeting an attractive Christian single, are you taking the world’s view of attractive over the Lord’s? Are you open to His leading you in the area of choosing a mate?

Do you have something to share about how to meet single Christians who are attractive?