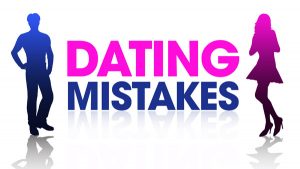 Our simple piece of dating advice is that many Christian men can avoid making dating mistakes in the future by simply learning what they are, and taking appropriate steps to sincerely change.

Christian Men Mistake: Being Out Of Touch With Her Needs

Every woman has heart needs. Not understanding or caring about what Christain Girls Want in a Guy means you’re probably in the group of whiners we already spoke about. All I’ll say is: If you don’t know your playbook, how can you play?

Many guys, including Christian men, have a difficult time expressing their feeling. This happens for a variety of reasons. Some Christian men suffer from low self-esteem, so their fears of rejection hold them from sharing their heart with a woman. Other Christian men never learned how to converse with the opposite sex.

Can anybody say milquetoast? A whole lot of Christian men make this boo boo by over exaggerating their sense of Christian meekness in order to win a girl’s heart. Yeah, girls love sensitive guys, but not weasels who pander to their every whim as an over pleasing “yes man.”

By the way, the Biblical meaning of meekness actually means “controlled power”, the exact quality women find irresistible. For better or worse, most women are attracted to men who are perceived as being powerful. Ever wondered why a lot of good girls date bad guys? It’s connected to this phenomenon. Christian men, do you think you can strike a balance here somewhere?

My brother did this last week while we were having dinner with his new girlfriend. I tried to kick his leg under the table, but I missed. Bottom line: Nothing soaks the kindling flames of a budding romance more. Too much talk about the ex, and she may think you’re taking her as a rebound relationship.

Christian Men Mistake: Compromising Your Spiritual Walk to Get the Girl

Are you doing things you would not normally do only to impress a girl? That’s not a sign of a healthy Christian dating relationship, and you’ll end up regretting it when the relationship ends. Read chapter 5 and 6 in Proverbs if you don’t believe me.

Overall, no dating relationship is perfect. However, Christian men can improve their chances at at having a satisfying experience if they avoid the above mistakes.

Do you have something to share about dating mistakes and Christian men?

Dating Advice: How to Have Good Communication With Dating Singles