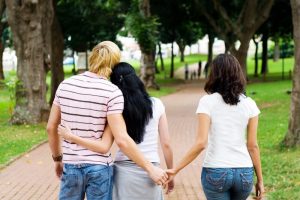 Last year, I was applying for a job and sent my resume to different consultants. I was excited to see a website by a Trainer who posted verses and included Christian messages. He interviewed me online and then met personally for an “interview”. Later on our relationship developed into a romantic one, but the business venture didn’t push through. He said he had cancer and so I felt time may be against us, and soon the relationship went very fast.

He said he was a Christian and wanted to honor God in all he does – which made me fall in true love with him even more. I had always prayed and waited on God for a soulmate, a  man who will be my spiritual partner.

The first red flag I ignored was when he said that God wanted us to be – one – and that God actually wanted us to sleep together. I told him that we can wait until after we were married but I was already being manipulated to be with him in a place we can “talk and not be disturbed and have quality time”.

Even if I knew better, the relationship soon became an “idol” and I willingly succumbed to his lie. He said, from the moment he met me he knew I was to be his wife because God predestined us. He said I was the reason he wanted to live. I went to bed with him. He would come once in awhile in my hometown because he lived far away. A year of guilt, suffering, doubts and breakdown of communication took place – I never met any of his friends and family and he always had excuses and even made me feel guilty when I asked questions.  He said I was being selfish when his reasons are because of his “health” or family.

Yet, I felt I couldn’t leave him because he had cancer and I genuinely loved him and wanted to spend my life with him.

I asked him the last time we were together, whether he believed that LOVE and TRUTH can not coexist without each other after he told me continuously he loved me while in bed. However, a few days after he didn’t even greet me on my birthday, and I was made to believe that it was because he became unconscious and had to be brought overseas for treatment.

That was when I decided to deactivate my yahoo account, and end it. But still, I loved him. Then I found a website where he posted an address and home phone number.  I went to this address and couldnt find it.

But truth unfolded when I left a message to the person who answered the phone and told her that I left a package for him. Today I just received a call from his WIFE. I was crying and told her I didn’t know about her. I told her if I knew, I would not have entered into the relationship because I saw my mom go through the pain when she found out about my dad’s extramarital affair.

Overall, I am heart broken and I cant believe a man who claims to love God and his country, can do such a thing to his wife – and me. It also dawned on me, that how much he has hurt me is how much I hurt the God when I “left my first love” (Jesus).

I don’t know where to start and begin to pick up the broken pieces and rebuild my shattered life. I used to be so close with God before this man entered my life. Do all you can to avoid dating married people. Oh yeah, and there never was any cancer!

Please pray for me.