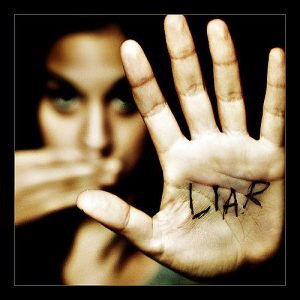 Pathological liars are so good at lying that I pity the poor soul who is dating one, whether through an online Christian service like eHarmony, or some other way. What makes a pathological liar so different from every other big fat liar in a dating relationship?

Psychologists feel the answer is found in a paradox: Pathological liars may actually believe the twisted stories they tell their dates, but at the same time know that what they are doing is lying. What? Don’t worry about it, I don’t get it either.

All I do know is that to avoid heartbreak or worse, Christian singles should do their best to avoid such manipulative, compulsive liars. And some of these people are not just liars, they are crooks and liars. That’s what makes them so dangerous.

Singles who familiarize themselves with the schtick of a pathological liar have the best shot at evading becoming one of his or her “suckers.” Of course, since pathological lying is so believable, even if a person knows the tell-tale signs of a liar, they may still fall prey to this kind of jerk. Nevertheless, here is our “liar, liar, pants on fire” checklist of 7 liar signs to look for in your dating partner.

Ultimately, whether a single person meets a date through one of the top Christian dating services like eHarmony, ChristianMingle or Christian Cafe, or through a traditional dating path, it’s their responsibility to keep themselves from getting hurt or being deceived by a pathological liar.

Let’s keep our hearts open to romance and love, but let us also use godly wisdom. That’s why the Bible states in Proverbs 4:23: “Above all else, guard your heart, for out of it flows all the issues of life.”

Are you single with some dating experiences to share about pathological liars?